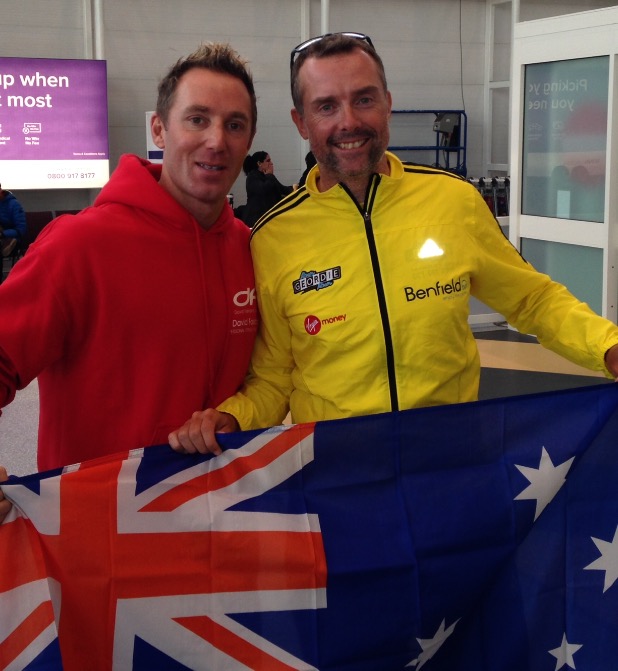 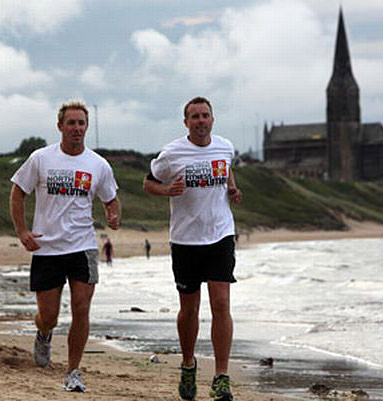 Since 2009 we have been training and mentoring Mark Allison 'Run Geordie Run' both physically and mentally on his epic 20,000-mile journey running around the world.
This continues to be an amazing story with huge challenges, some which we knew we would have to deal with and others that were presented in extreme circumstances that had to be overcome. A hugely positive experience and a learning curve for all involved.
Mark continues to push to the absolute extreme, I have never seen someone in so much pain, day after day and endure so much as he did running across USA and Australia, temperatures hit 49 degrees on some days yet Mark is still on track... here is the story so far
A fundraising campaign to run 20,000 miles Around The World in aid of charities in the North East of England.

Whilst not pursuing a world record, the run follows two aspects of the Guinness World Record criteria used, not in running, but in cycling for “fastest circumnavigation of the globe by bicycle”; To travel a minimum of 18,000 miles (28,968 km) and to travel through two approximate antipodal points (i.e. opposite points on the planet).

The purpose of using the criteria is to, at least, give credibility to the claim that, Run Geordie Run, will “run around the world”.

The chosen route is 20,000 miles (32,189 km)  taking approximately 608 days (1 year and 243 days) to complete. The chosen antipodal points are La Coruña in Spain and Christchurch in New Zealand.

The run Around The World is split into 8 segments, some of which have been completed already:

In total, that's 20,000 miles around the world, on 4 continents, through 24 countries running for approximately 1 year and 9 months.
www.rungeordierun.com