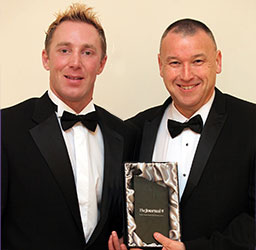 In March 2012, as part of the Great North Fitness Revolution, I had an idea of training a number of people, as a group, in order to help them lose weight. My aim was to not only prove to the people in the North East but also nationally that, with the right guidance, determination and discipline you can lose weight and turn your life around very quickly.

The Newcastle Journal, plus Real Radio's Breakfast Show with Gary and Lisa, were soon on board to promote the event and attract candidates. An additional boost came from Emirates who added a fantastic winning prize of a 2 week holiday to Dubai.

I was staggered when hundreds of people applied. The applicants were narrowed down to 20 by a panel which included me, Real radio and The Journal personnel. This group was then interviewed with the aim of selecting a final group of 6. However, the interviews were so emotional, with each candidate having a personal story or reason for entering, that we finally selected a group of 8, who we named "The Active8"

I trained the eight twice a week plus they attended my Beach Bootcamp session on a Saturday morning. I also organised a different activity for them to try each week such as cardio tennis, pilates, dancing, rugby, and fencing.

The Fit Factor finale, where I announced the winner, took place live on Gary and Lisa's Real Radio breakfast show 2-hour special. The results were absolutely staggering. The 100% commitment and dedication they showed both in the training and with their diet paid off dramatically. I took their body compositions every 2 weeks:

Media coverage was huge, including the front page and 4 inside pages every week in the Newcastle Journal, plus, every Thursday was 'Fit Factor Day' on Real Radio's breakfast show where one or two of the "Active8" talked with me about the training, food, and motivational tools from that week.

After announcing the results I was approached by Nova International who run the Great North Run. They were so impressed with the whole concept and exceptional results from the Fit Factor, they offered free places including VIP treatment for all of the Active8. After struggling to run 50 metres at the beginning of the Fit Factor process they all managed to complete the Great North Run, with the winner Daniel Henderson recording an incredible time of 1 hour 28 minutes.

They've proved that they could turn their lives around in a matter of weeks, inspiring many others both locally and nationally to do the same.

Here are some of the amazing stories and media coverage over the past 12 weeks, including the finale, featuring before and after pictures:

A selection of the Weekly Newcastle Journal  Newspaper Articles: